This youtube user NewEarth, whose website megaliths.org is, has done great work of compiling quite huge amount of information in the videos called The Survivor series – WHEN THE ATLANTIS AND HYPERBOREA SURVIVORS WAKE UP

From my part, I must give great thanks to this person for opening my eyes to see many things that previously haven´t been written much or at all in english language. Thank you for making good compilation of rare historical images and art and presenting an interesting story of of things not much spoken in the public. These videos are form of art. and some things completely new to me and for sure to many.

For a viewer, I suggest open mind when watching, and not to react to anything said or to throw away anything and also not to straight either “believe” anything, but rather of course make own decicions and build understanding. Of course. All and everything said and expressed in the videos is anyway always the reflection of same reality, full also of illusion and also propaganda, but also Truth.

There is really plenty of information to learn and new perspectives to be gained from watching these. And good background knowledge of out planet´s history is very very recommended as well. Of course..

There used to be a great civilization on our planet before. For who knows for how long eras and ages. The whole and complete “history” of human and Earth cannot be told because it simply is not known. Much of the information long kept by some peoples of the world tell same story – that there was a cataclysm which changed everything.

Many cultures and people were lost, but some survived and some of them keeped alive their share of the heritage and essentially the science from the earlier civilization. These survivors are the ones discussed in these videos, which show evidence of highly advanced civilizations to have lived around our planet, in truth still surprisingly short time ago – and opens the viewers perception to the truth about suppression of these earlier cultures from which our legends and herited knowledge of the past nowadays only little tell about..

These videos also present the evidence that the cultures which most certainly had very long kept heritage of highly advanced civilization were present on our planet still just a couple hundred three hundred years ago and so on. We know about the “reformation-period” in Europe, during which great changes were made in the religious system etc, catholism supposedly was pushed down while different protestant movements begun to reign. This period in time has been brutal destruction of ancient heritage still kept alive by many cultures around our world. Many language-reforms were forced in those times, as well as replacing older calendars and older writing-styles. For example here in Finland we know that our language was manipulated in that time in to more similar form as other, western European languages etc..

Also this period of so called reformation happened to be the time when most “witches” were burnt at the stake all around the Europe and world, and time when it became extremely illegal here in Finland, to even possess a drum in ones home, let alone using the drum for traditional purposes such as healing and shamanic travel and communication with ancestors or other people in other villages far a way!

It happens to be, that in Finland we have this saying, meaning that someone should forget what has passed already; “tikulla silmään sitä joka vanhoja muistelee“, literally translated like this; “a stick to the eye of that, who commemorates the old times”, how brutal and crazy old phrase!

For sure, that used to be the practice in those times of “reformation”, and for sure, quite effective one in order to stop people speaking about what used to be here before. We have been told in the schools that in that time people were forced to go to schools ran by church,, if they did not – they were not allowed to get married. Then in the schools/churches, and generally, if they did not do and learn what told, they were punished with public humiliation, tied into “stocks”;

These stocks were of course, maybe the lightest of punishments. People who were real threat for the governing powers were burned at stake, these included people who did not stay quiet about the true heritage and old times, powerful people such as healers and shamans who reminded people of the old times in which such powers and capabilities were held sacred and something to respect deeply. The reformation period came and took away as much of the ancient heritage as possible, later wars and rising up of “scientific” and academical nobility erased the rest of the heritage almost completely…

I suggest anyone to view and listen with open mind all these videos. Open mind means, you don´t neccessarily need to adjust your thought system and world view to fit the view that the person who made these videos has, and there definately could be more references offered for many pieces of information that are being shared. But there is much to learn and everyones own view of this world can be developed closer to the truth by just practicing free thinking on basis of provided information and evidence.

Newearth-channel on Youtube There are many more, important and very interesting videos besides these Survivor-series, check them out too.

These videos are such a treasure, that I suggest anyone interested also to save copy of the videos to their hard drive, Keepvid.com is one that i use for that purpose

The whole playlist of these series embedded:

When the Atlantis survivors wake up, part 1 – History, science or fiction

the survivors, 6 – How to forge the history of an ENTIRE planet…

the survivors, 7 – 1000 fabricated years, Isaac Newton and other supporters of the true history

the survivors, 8 – the Stolen History of the Religions, religious history documentary

the survivors, 11 – the last keepers of the Egyptian secrets, the Mamluks and the Coptic Christians

the survivors, 12 – the Unknown History of Ancient Egypt, Napoleon in Egypt, Champollion, Pyramid

When the Atlantis survivors wake up, part 14 – answer to criticism, Internet trolls

the survivors, 18 – Law of Attraction, Yonaguni, Who is God, Revenge and other answers to comments

the survivors, 19 – the Unknown History of China, shearer loading mining machines of the antiquity

part 23, The Unknown History of America, It was all quite different… History Documentary

part 27, Ancient Symbol of Luck and Harmony, the Swastika, History documentary of the swastikas

part 28, The History of the ”Roman” empire, the ancient “Greek” “civilisation” and slavery

part 32, The Cathar Castles of France, who is the real heretic, the Albigensian Crusade TrueHistory,

part 33 The Double Headed Eagle, how come everybody had the same coat of arms? Gandaberuda

…but then later,  I decided not to keep on track to post all newearth´s videos here. Reader can find them from the channel itself.

Comment:
In this video, newearth concludes her earlier video´s message, and quite much explains about other things that also concern reincarnation, past and future lives. I have nothing against anyone having such a view on reality and life, but don´t neccesarily share the same idea about how life and consciousness is. Having earlier believed strongly that past lives and future lives exist, at some point in my personal development I got to see and understand that all life and all time is now, and linear structure of time is an illusion although very true one. Consciousness itself is primary, and all that divides it is secondary, and I personally don´t see need for thinking about past lives and future lives in the process of trying to realize the Truth about this Life we are sharing here all together. . .   When someone remembers ones earlier life or lives, often in surprisingly exactly in detail, what actually is that truly ties person oneself to that earlier life?
Some people spontaneously adapt to information about someone´s life that occurred before, but does it mean still that oneself has been there before in person other than trough which one now remembers it? We is the thing we share, and one´s life now is one with others at all times. That is why we raise great respect to ancestors, not only of people, but also all of nature.

Consciousness is eternal and linear view of time its dynamic reflection to this reality. I somehow have difficulty to think in terms of reincarnation and karma in such way as expressed in video and see that also karmic connections that would deem the destiny of our planet and people to be quite difficult, also can be adjusted and transmuted into manifesting in a form that is more open for learning trough experiences that do not require extreme suffering and destruction of much of what has been built or grown on to this planet. There are simple ways to correct many evils that have occurred, and I´m not saying that karma would not exist, but I say that in the same way as in dreamtime the reality gets effected by consciousness suddenly flashing a truth that the surrounding reality is a dream and own decisions can change the surrounding completely to other kind, this same way our reality in much of pain and suffering at the moment can definitely be changed also without simply erasing much of it with power at the level of physical elements.

… in the video, newearth lady also speaks about current “immigrant crisis” in Europe. Good common sense about today´s world and the agenda of the parasites, the control of minds of masses etc. Not exactly nicest of things to hear but true, also about the atrocities occurring in our own societies by medical mafia and other mostly untold things.. a record of time, piece of history written.
See the description of the video too.

New videos have been added to the channel and it seems that there´s revision of the survivors´ series coming.. `ll post links sometime soon. for now, check the channel itself for all videos .

The interesting things concerning the ancient civilizations mostly unknown in our times, continues in her next video:

New site at Paracas, Peru points towards casting of the polygonal megaliths

Here, very interesting sites all around the world:

And another good video, picked from the many good and interesting videos on the channel: 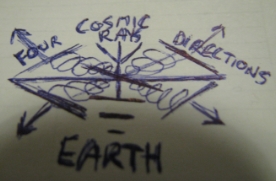